MORE THAN JUST A NUMBERS MAN

Numerals and door insignia are an incredibly important statement for any home or business… the very first message that we have arrived.  So they have to be made just right.. and doing that is a particular art.

For this set above, which adorn a 9 million pound hotel, my brush and little pot of black paint had to reflect that value.

I first needed to establish the perfect match in sizing and position and immediately set off down Cranley Gdns with tape in hand.  Fairly straight forward I hear you say… nah… every number and every height setting was different.

Measuring the heights, from deck of immediate neighbours nos 2o and 26 I found whopping 20mm difference in height positioning –  I decided on placing 22 in the balanced mean between the two of c51” H and 24 a shade higher.

Font sizes and styles also varied considerably up and down the street as they were all written by different hands over the past 30 years or so. This final numeral set I made was traced from 2 neighbouring lettered pillars and tweaked making them my own: distinctive, classic, yet beautifully modern.

In the end I measured every pillar numeral on Cranley Gardens in order to know with full certainty, my final measure.

Not only do we have to craft up a fine letter (often on a rough surface) but we need to marry them to the era, feeling and style of their neighbours.

It was quite nostalgic: as if decades of West London’s finest writers surrounded me as I wrote.

Here below is a lovely re-modelled Times Roman with refined rising glyph, weight and returns 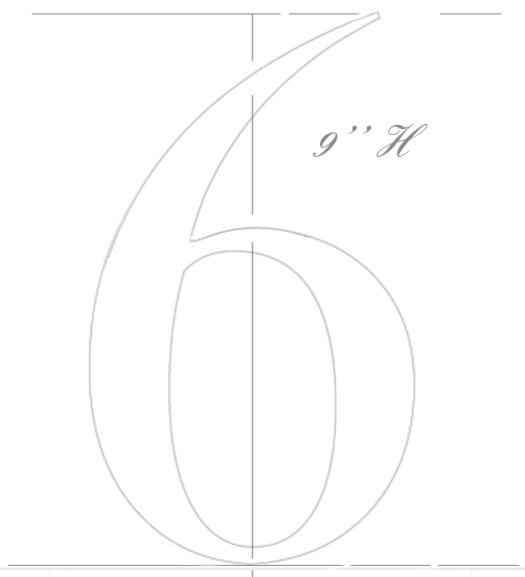 NGS ‘s Mat made the sketch and final artwork,  for this nice gilded restoration numeral in Muswell Hill, London.

Mock up for Dishoom

I am starting to collate some of the finest carved lettering and numerals from the Cornhill in City of London. These will be converted into paintable fonts thus continuing the fine tradition of my 3 generations of family letter carving.

If you need a fine numeral, you’ve got my number…