Long over shadowed by Gill sans and Helvetica, Franklin Gothic is now making a comeback. 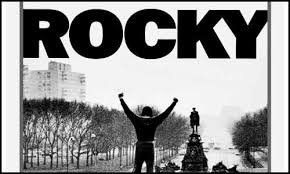 Its slightly grave graphic profile and retro appeal is now creating a cool option for type setters, designers and creatives.

Franklin Gothic and its related faces are realist sans-serif typefaces originated by Morris Fuller Benton (1872–1948) in 1902. “Gothic” is an increasingly archaic term meaning sans-serif. Franklin Gothic has been used in many advertisements and headlines in newspapers. The typeface continues to maintain a high profile, appearing in a variety of media from books to billboards. Despite a period of eclipse in the 1930s, after the introduction of such European faces as Kabel and Futura, they were re-discovered by American designers in the 1940s and have remained popular ever since.

In 1979, under license with ATF, Vic Caruso began work on more weights of the design for ITC. This version adheres closely to the subtle thick and thin pattern of the original design; the slightly enlarged x-height and condensed proportions of the new version result in greater economy of space. This typeface is a standard choice for use in newspapers and advertising. In 1991, David Berlow completed the family for ITC by creating compressed and condensed weights. ITC Franklin Gothic Compressed is designed especially to solve impossibly tight copyfitting problems, while maintaining high legibility standards. ITC Franklin Condensed provides medium weights of narrow proportions. It is frequently seen in newspapers, advertisements, posters, and any place with space restrictions.

The other fonts in this family must be selected by choosing a menu name and then a style option following the guide below.

One Reply to “FONTS – Franklin Gothic”